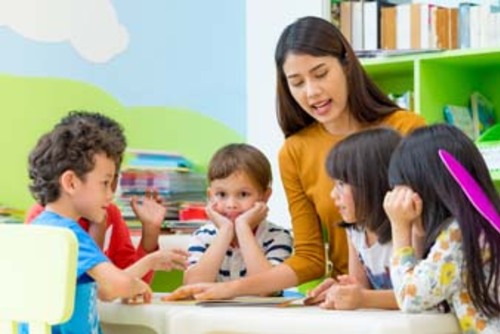 The Best and Worst States to Be a Teacher

The experience of being a teacher varies from state to state, and when you’re looking at places to work there’s a lot to consider. Salary. Job availability. The typical tenure for employees. Cost of living. General work satisfaction. It’s all worth considering when looking for a new job. Feeling overwhelmed? There's help.

WalletHub, a personal finance site that’s known for making detailed rankings of states based on a variety of data, compared all 50 states based on 25 weighted metrics of teacher-friendliness in fall of 2020. Everything from salary and tenure to teacher turnover and academic quality was included in the study — even reopening plans during the COVID-19 pandemic.

Salary and professional training are just two of many factors to consider.

Here’s a closer look at the five best states for teachers, according to WalletHub’s study, and three states you may want to be cautious of.

Washington state had an average teacher salary of $76,700 in 2020 — well above the national average. It also has nearly 70,000 teachers with an average of 13 years of experience. And based on WalletHub’s evaluation, it’s the No. 1 state for teachers in the U.S. It might be time to call that college friend who ended up in Seattle and ask her how she likes the Pacific Northwest.

This is the only state where the average teacher salary in 2020 was below the national average, at $54,700. But between 2020 and 2021, salaries grew four times as fast as the national average. There’s been a lot of talk in the state about raising the starting salary for teachers drastically — news to keep an eye on as you make career decisions.

According to WalletHub’s study, New Jersey had the second-highest public school spending per student, the third best school system overall and the fourth-lowest teacher to pupil ratio. That doesn’t even take into account the average salary of $76,400. Those are good signs that teachers in the Garden State are happy.

Teachers in this state earn an average of $64,900, but the small state benefits from a low cost of living compared to some of the other top states for teachers. That could give you more bang for your hard-earned buck. Plus, in WalletHub’s evaluation of academic and work environment, it ranked best out of all 50 states and the District of Columbia. Sign us up for a trip to Delaware.

Pennsylvania’s average salary of $70,300 is lower than some of the others on this list, but when adjusted for cost of living that salary ranks No. 2 in WalletHub’s study. It also ranked high on the “opportunity and completion” scale, which is something to consider if you’re looking for a long career in one place.

Here are three states that ranked at the bottom of WalletHub’s study: